Today I updated my Windows 10 PC to version 1809 (from 1803). After logging in following the update, I realized Everything was not running.

I started it manually, and the status line said "Updating database...". But somehow, the application got shut down (I don't know how, I was busy in another application).

I tried several times and finally, decided to keep an eye on it. This is what I saw happen: The version of the application that I start disappears by itself. When I look at the tray, I see its icon, but when I hover my mouse over the icon, the icon disappears as well.

When I relaunch it, it says "Updating database".

What can I do to make it stick and finish its update?

Update:
I killed the background Everything process visible under Task Bar Details tab.
I restarted (launch from Start menu).
It said "Sorting files...".
Then it came back with "Everything requires administrative priviliges to index NTFS volumes..." I chose "Install the Everything service". But I had already asked for this during installation.

I am running the latest x64 version which I switched to after my Windows update, to make sure I have the latest bug fixes.

Also: What does it mean when the service option's box is filled with black, as opposed being checked or unchecked??? 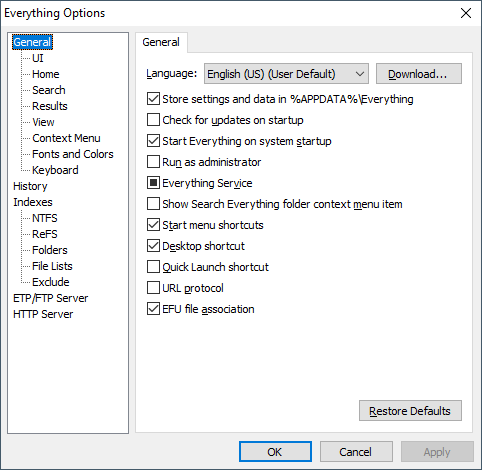 I did /debug in the search field, and saw that it went through several iterations of "readd folders/files" as well as "rename Program Files to Program Files". But the CMD window disappears right before the crash. This is what I was able to capture right before it crashed: 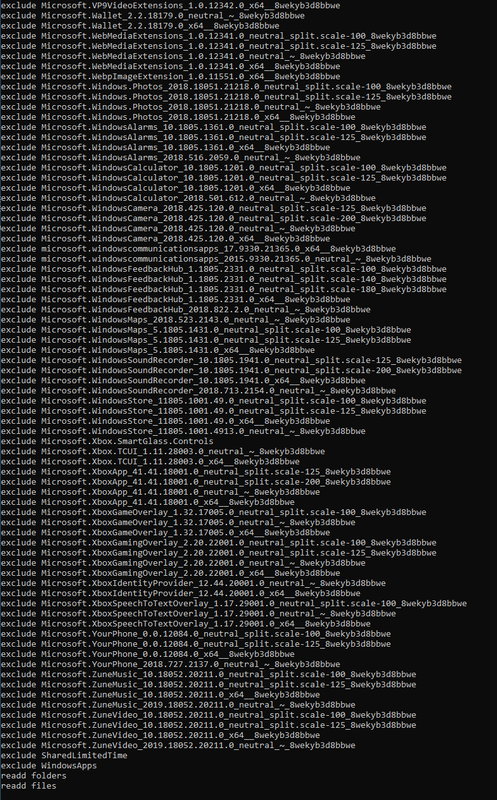 OK, I went back to the 895 version. After reinstalling, Everything refused to index anything even though I did a Force Rebuild.

Hope this helps others.

You don't know how vital this application is until it stops working!

Thank you very much for the bug report and debug log.

I was able to reproduce the issue.

Could you please try Everything 1.4.1.926.
I have fixed a crash when renaming a folder with excluded subfolders. This issue applies to all previous versions of Everything.

As for the square check for the service: I did not know about the requirement to stop the service at that point. This has been a learning process. Now I know that the Task Mgr details section will show two Everything entries. When I kill the tray icon, only one of these disappear, the other remains.

Also, for what it is worth:

Force rebuild, as I understand it, should reindex all files, even if the index is just seconds old. If it does not reindex, the only explanation would be that there are no files in the system, which is an indication of a problem in itself.

If the button's click event is not activating the method, than I don't know how that would be caught. But I have only seen this problem during development, when I forgot to properly assign the event to the button.
Top

Your Everything.exe is most likely on your Desktop.
This will create an Everything.ini on your desktop.

Please see how does Everything work.

Pressing the Force rebuild twice in a row would cause this. The next version of Everything is moving towards a queue system to prevent database locks.
Top

Thank you so much. Looking forward to the next release. I saw you mentioned in another post on the forum that the 1.5 release will also include plug-in capability, so that will be exciting to use. Regards.
Top
Post Reply
8 posts • Page 1 of 1